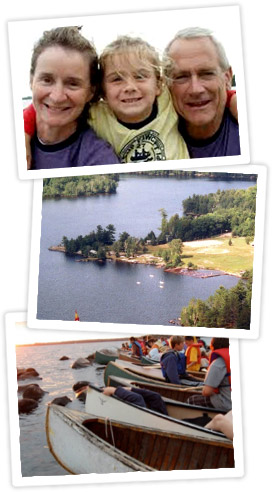 Chikopi, Algonquin for - the land of white birch - was Rolex Replique Montre founded in 1920, by U.S. Olympic Coach, Matt Mann II. Chikopi is acclaimed for being the world’s first “All Sports Camp” with the esteemed honor of also being the world’s “First Swim Camp”. Matt and his wife Lea believed that boys learned better “away from home”, there was so much to learn from nature and the best setting is in a wilderness environment.  His strong belief in “The Golden Rule,” was paramount to his teaching the value of sport and competition. Matt found his wilderness location on Ahmic Lake during a fishing trip. It was the perfect setting where boys from urban environments could teach each other how to get along in a natural, wholesome environment. While Chikopi coaches taught a large variety of sports, Matt coached and taught swimming. Matt has always said, “you can’t find a better sport to save your life - every child will learn how to swim and a whole lot more.”

Matt and Lea had two children, Matt III and RoseMary.  In 1928, Matt and Lea purchased a piece of land on the other side of the lake from Chikopi. There, they established Chikopi’s sister camp and called it Ak-O-Mak, Algonquin for "across the water".

After Matt’s death in 1962, his son Matt III and wife Buffy directed Chikopi’s operations, while daughter RoseMary Breitling Replique Montre and husband Bruce directed Ak-O-Mak. Both continued the traditions instilled by their father, such as lead by example, be nurturing and supportive.

In 1975, RoseMary and then-husband Buck Dawson purchased Chikopi from Matt III. They offered Bob Duenkel the position of swim coach in 1976, and he became the director and owner in 1981. Bob married Colette in 2000, their daughter Teagan was born in 2002. Bob passed away in 2019, Colette and Teagan continue to operate Chikopi the way it was always intended, through tradition and the Golden Rule.

For over 100 years, Chikopi has continued the traditional values established by Matt and Lea Mann.  Through sports, boys achieve personal growth and develop strong team building skills. Some of the most important rewards of the Camp Chikopi experience are independence, self-confidence, strength, (safe) risk-taking, and diversity.